ISTPs are industrious people who can bring a lot of value and great problem solving skills to their workplace. This personable and practical type prefers specific types of workplaces, but they’re also so naturally adaptable that they’re well liked and appreciated wherever they end up.

ISTPs are problem solvers. Their dominant function is introverted thinking, which takes in information from the surrounding world and uses it to make practical, concrete solutions for problems. They usually do this quietly and without much fanfare, but others naturally notice their efforts and their proficiency in this area and so it often becomes their preferred role in the workplace. ISTPs would much rather be doing these kinds of duties than spending their working time sitting in one place and tapping at a computer or networking. So if they find a workplace that allows them to take this kind of role, no matter what industry they’re in, they’ll usually be very happy and loyal workers.

“ISTPs are problem solvers. Their dominant function is introverted thinking, which takes in information from the surrounding world and uses it to make practical, concrete solutions for problems.”
Photo by Daniel Cheung on Unsplash

ISTPs don’t like a lot of rules or schedules. They use extraverted sensing as their secondary function, which gives them a need for autonomy and independence. It means that ISTPs are often really good workers, who don’t need to be micromanaged to get their work done and done well. In fact, if they find themselves in a workplace that encourages micromanagement they will chafe at the restrictions. This usually applies to traditional workplaces as well, which usually have lots of restrictions on how and when to do things. In these types of environments, ISTPs will usually end up feeling stifled and resentful. They can also be surprisingly stubborn when other people try to force structures or schedules on them, and will resist with silent and implacable strength.

ISTPs are almost always open to change. They enjoy leaving things open ended, to never know what each day will bring and hope that it will bring something new and exciting. And if a new day doesn’t bring something new and exciting, the ISTP will find activities and pastimes that make life more exciting for them. This sometimes makes ISTPs jump from workplace to workplace, or even career to career, in their hunt for the novelty that they crave and need to feel happy and fulfilled.

ISTPs don’t often become part of workplace problems or disagreements. This type prefers to take most things lightly, and doesn’t really see the point of disagreeing or fighting with people at work. Their flexible and tolerant attitude can also diffuse conflicts between other workmates. ISTPs are so good natured that this tends to extend to the people around them as well and this can make for a very harmonious workplace.

ISTPs are unlikely to become bullies. They have a natural tolerance for differences that few others can match, and will usually just accept people with different ideas or ways of doing things with a genial shrug. This type isn’t bound to the past or to pre-established ways of doing things so they don’t mind when people do things differently. After all, most ISTPs take a great deal of pleasure in doing things differently, so how could they judge others for doing the same?

ISTPs are amazing problem solvers. These practical people like nothing more than to be given a list of problems to solve and the freedom to find their own way to fix them. This applies mostly to practical and concrete problems because ISTPs don’t usually like to think about abstract ideas or concepts, but as long as the problems fit these specifications the ISTP will quite happily work away until they’re fixed. And with an ISTP working on the problem, it will always get fixed. This is one of their biggest strengths when it comes to the workplace and it’s also one of the ISTPs greatest pleasures in life. 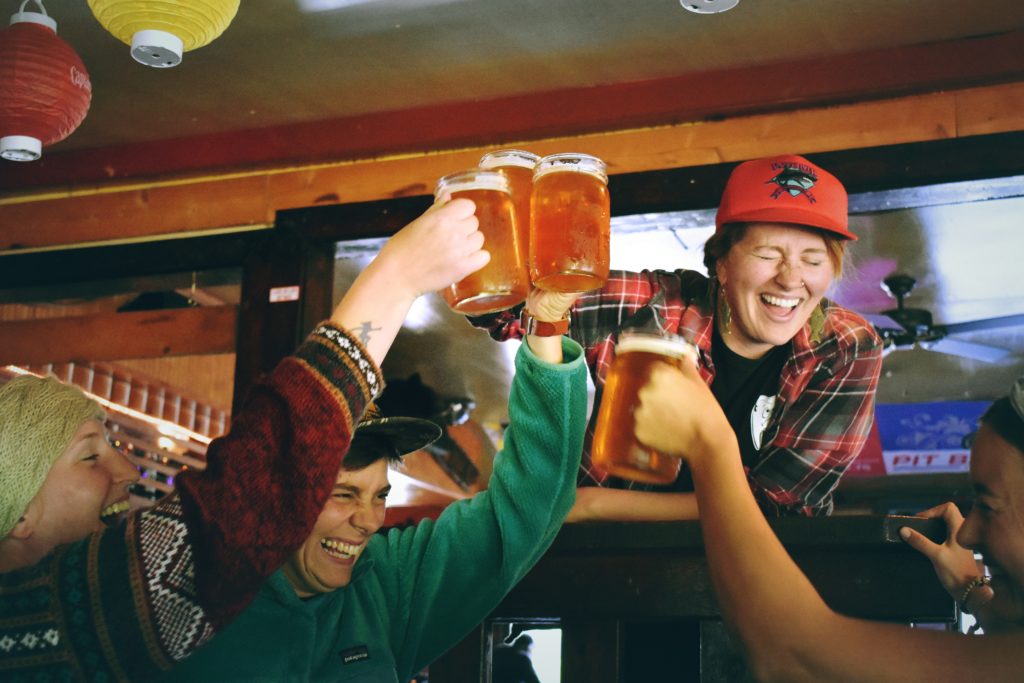 “The ISTP likes to make fun in any way possible and this can make for a working environment that’s fun and slightly unpredictable. If workmates are making plans for a work excursion, or planning a party, the ISTP is likely to be in the middle of it and providing the best suggestions.”
Photo by Drew Farwell on Unsplash

ISTPs have a sense of spontaneity and fun that can seem to be at odds with their natural reserve and dignity. This type likes to make fun in any way possible and this can make for a working environment that’s fun and slightly unpredictable. If workmates are making plans for a work excursion, or planning a party, the ISTP is likely to be in the middle of it and providing the best suggestions. And if the workplace needs a bit of humor to reduce the stress of the work, an ISTP will usually step forward with a joke or lighthearted prank that brings relief to everyone.

ISTPs can sometimes struggle with the social side of their workplace. Looking at them from the outside, this doesn’t seem likely. ISTPs are usually fairly popular with their workmates, mostly because of their preference for activity. Other people are often swept up in the wake of their industriousness and quiet energy. But when it comes to conversation, an ISTP will often struggle as they aren’t given to chattiness or emotional displays. ISTPs are thinkers who prefer to face the world calmly and rationally, and this can make them seem cold or standoffish to their workmates.

ISTPs can sometimes be a little harsh with the people around them. They’re generally fairly flexible and good natured, but if they’re in a position of authority and need to direct workmates and criticize them on occasion they can struggle to do this in a constructive way. ISTPs are rational, logical people, who speak bluntly and without much concern for the emotional impact of their words. Because of this tendency, they can hurt or cause offense without really meaning to. Luckily for the ISTP, their natural appeal usually means that others forgive them pretty quickly.

ISTPs like to get things done and they have a remarkable capacity to solve problems that others can’t figure out with a minimum of fuss and trouble. This type is usually fairly popular at work, despite their naturally introverted nature, and enjoys a workplace where they aren’t made to fit any mold except those they choose themselves.

Take what might be the world's shortest personality quiz (*). There are only 4 questions and it is absolutely free! For … END_OF_DOCUMENT_TOKEN_TO_BE_REPLACED

One of the favorite sections on our site is this collection of creative and often hilarious charts of each personality type. … END_OF_DOCUMENT_TOKEN_TO_BE_REPLACED