ESFPs are busy people who don’t always have time for family relationships. They’re usually too busy exploring everything the world has to offer. But when they do decide that they’re ready to create a family, they make exciting parents and partners, always eager to go on adventures and share their love of life with the people they love the most.

ESFPs and their Preferred Family Structures

ESFPs like to explore everything about life and this includes different family structures. Their dominant function, extraverted sensing, makes them extremely open to new experiences and new ways of living. It means that they’re usually very open to different types of family connections such as blended families and open relationships. In fact, ESFPs are likely to be the ones to suggest unusual configurations, and their wide perspective can inspire others to look at things in new ways as well.

ESFPs are likely to bring this openness to everything into their expectations about family gender roles as well. Their lack of connection to the past means they won’t see the point of taking on a role just because it’s their traditional role, and they won’t tolerate being forced into it either. In fact, trying to do this is one of the best ways to make ESFPs run away as far and as fast as possible. ESFPs dominant function, extraverted sensing, won’t be denied in its desire to explore everything that’s new about the world. This includes new roles and new ways of doing things, and they won’t give up that need for novelty just because another family member doesn’t see things the way they do. 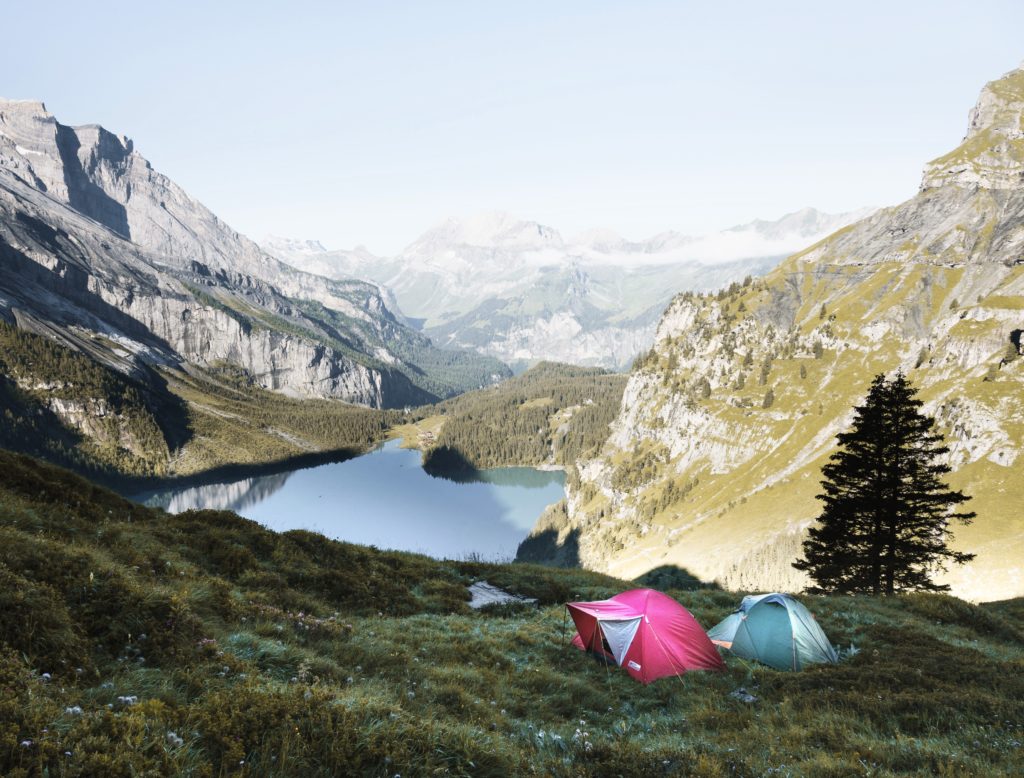 “ESFPs like to explore everything about life and this includes different family structures. Their dominant function, extraverted sensing, makes them extremely open to new experiences and new ways of living.”
Photo by Dino Reichmuth on Unsplash

ESFPs are naturally independent and need a lot of autonomy to feel healthy and happy. This makes them extremely unlikely to stay in a relationship or a family that is unhealthy or confining. To an ESFP, this type of controlling behavior is absolutely unforgivable, and they’re quick to leave if they see any signs of it. That doesn’t mean they can’t find themselves trapped in a destructive relationship of course, any type can lose their way, but ESFPs are likely to run long before their relationships degrade to a dangerous point.

In fact, this tendency to just walk away is likely to cause problems for ESPs who are a part of a family. ESFPs are notoriously restless, and can sometimes walk away too easily if they aren’t getting their needs met. And if they’re part of a family or have children, this can cause a lot of damage and turmoil. This isn’t to say that ESFPs would leave their children, but their habit of just leaving an unfulfilling relationship rather than working on it is one they need to work on for the sake of other members of their family.

“The ESFP need for independence is so deeply rooted that trying to force them to live a more structured life can actually leave them feeling as if they’re trapped, and this can’t make for a happy family life.”
Photo by Cristian Newman on Unsplash

The ESFPs need for freedom and autonomy can cause a lot of stress in their family relationships. It often makes them disorganized and gives them a disdain for routines and schedules that can annoy and frustrate other types in their family. And this is unlikely to change. The ESFP need for independence is so deeply rooted that trying to force them to live a more structured life can actually leave them feeling as if they’re trapped, and this can’t make for a happy family life. Instead, ESFPs need to learn to balance their own needs with the needs of the other members of their family. This may mean accepting a little structure while at the same time they learn to sometimes bring their loved ones with them on their adventures. Not all the time of course, ESFPs need to adventure alone, but they can also enjoy some adventures in the company of people they love and trust.

Finances and other Responsibilities

The ESFPs often have a confused relationship with money. They tend to spend according to their emotions, which means they may go over budget one month and be incredibly frugal the next. For ESFPs, money is usually tied into their need for freedom and exploration, and this can be a problem if a family is counting on them for restricted, controlled financial guidance. If ESFPs find they have this problem, they should probably avoid being responsible for the family budgeting.

In the domestic realm, ESFPs can also struggle when it comes to household chores. This type is usually artistic and creative, and this can drive them to create very attractive homes for themselves. Their homes are usually full of things the ESFP has picked up during their explorations of the world, but won’t always be extremely tidy. ESFPs don’t usually like to focus on the details, and the idea of constantly doing housework can feel too restrictive and boring to this type. They’re more likely to wander away and find something that’s far more interesting to do.

“Their homes are usually full of things the ESFP has picked up during their explorations of the world, but won’t always be extremely tidy.”
Photo by ian dooley on Unsplash

Despite their need for adventure and independence, ESFPs are naturally warm people. Their auxiliary function is introverted feeling, which means they have an almost preternatural understanding of other people’s emotions and motivations. This gives them a lot of empathy for the struggles of the people around them, and will often make them the preferred source of support and advice in their family. But ESFPs don’t usually take this tendency to support other people to extremes because their need for independence and autonomy is stronger than their need to connect and support.

ESFPs aren’t likely to remember anniversaries or birthdays or to plan celebrations. They live in the present and have little interest in the past. This can be a problem if their partner is an introverted sensing user and strongly connected to the past to determine the quality of the future, or if their partner pays too much attention to people that forgot their birthday :), so use reminders so that you won’t forget to buy them a gift, or at least send them an inspiring birthday wish to show that you remembered. ESFPs will usually let more detail orientated types plan the parties. They’re happiest when they can just show up and have a great time.

ESFPs usually take on the role of the ‘fun’ person in the relationship. Their openness to life and to experience means they’re unlikely to provide the stabilizing influence in their family. But that’s fine to ESFPs because they don’t like routines or schedules themselves. Instead they’ll provide adventure, the thrill of never knowing what will come next. And this will make for an exciting, if sometimes chaotic type of family life.

Take what might be the world's shortest personality quiz (*). There are only 4 questions and it is absolutely free! For … END_OF_DOCUMENT_TOKEN_TO_BE_REPLACED

One of the favorite sections on our site is this collection of creative and often hilarious charts of each personality type. … END_OF_DOCUMENT_TOKEN_TO_BE_REPLACED