ISTPs are practical yet exciting people who live in the moment and love to bring this zest for life into their family relationships. This type can also be a little restless, which sometimes makes them reluctant to settle into family life. But as long as their family life stays interesting and meets their needs, they’ll settle happily into domestic life and bring their own brand of enthusiasm and adventure to the situation.

ISTPs and their Preferred Family Structures

ISTPs are not tightly bound to the past in any way. They prefer to live life according to the moment, exploring all the sensations and experiences they encounter. This means they’re unlikely to expect or want their family to adhere to traditional structures or configurations. In fact, because ISTPs dislike commitment, they’re probably pretty likely to suggest new or unusual family relationships if they offer the ISTP more freedom. This is because of their secondary function, extraverted sensing, which ties them strongly to the present moment and has no time for or interest in the past. This function also makes them less likely to expect or accept traditional gender roles. ISTPs are independent, and whether male or female are unlikely to accept the restrictions that come with these kinds of expectations.

“In fact, because ISTPs dislike commitment, they’re probably pretty likely to suggest new or unusual family relationships if they offer the ISTP more freedom.”
Photo by PHUOC LE on Unsplash

ISTPs don’t usually have any trouble leaving damaging or unsatisfying relationships. They have a natural autonomy and independence which often makes them happy to be on their own rather than in a family that doesn’t or can’t meet their needs. Because of this tendency, ISTPs don’t often find themselves in family relationships that are destructive in any way. But this can create problems sometimes as ISTPs can too easily walk away from their family and cause a lot of turmoil and pain. As a part of this type’s growth path, they need to learn that making a happy family takes time and work, and walking away only makes the situation and life worse for everyone involved.

ISTPs can be a little emotionally insensitive. Their dominant function is introverted thinking, which is concerned with gathering pure data that’s stripped of its emotional context. In a family situation, this can make them seem a little cold and even neglectful of the emotional needs of the people around them. And because ISTPs tend to keep to themselves even in happy family relationships, this can lead to the people around them feeling abandoned. 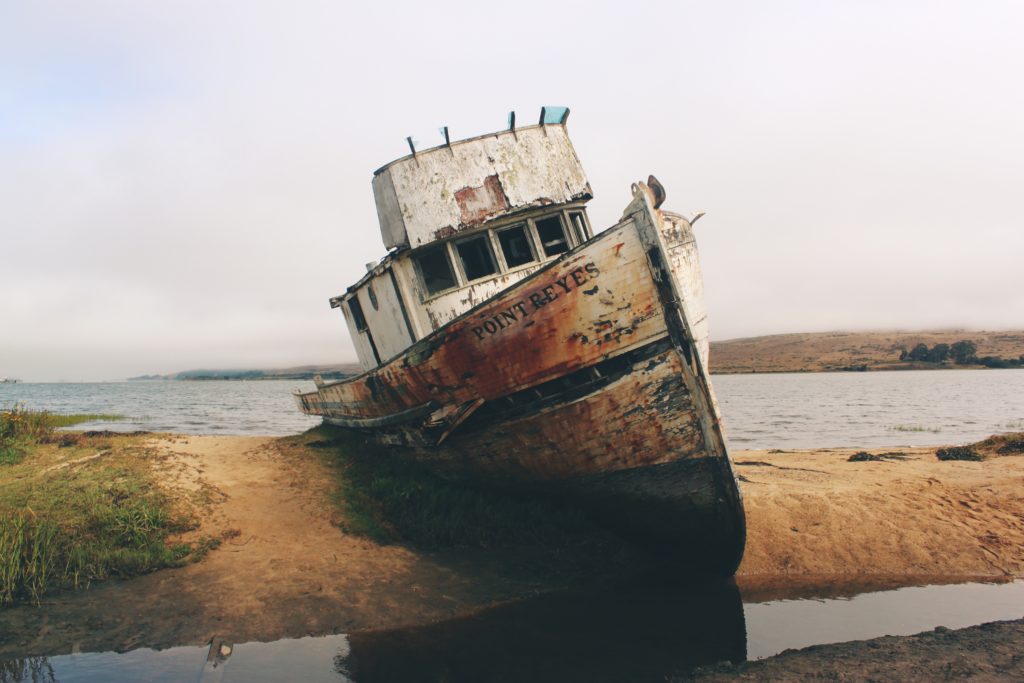 “Because ISTPs tend to keep to themselves even in happy family relationships, this can lead to the people around them feeling abandoned.”
Photo by Nick Jio on Unsplash

ISTPs can be a little unreliable sometimes. They’re almost exclusively focused on the present, and can abandon their responsibilities if something more interesting comes along. This type usually aren’t the ones to create a secure, stable family life. Instead they focus on bringing excitement and exploration to every day and they expect the people around them to do the same thing. This is because of their extraverted sensing auxiliary function, which craves new experiences and sensations constantly. It can make for some exciting family adventures, but it can also make for some conflict and instability in family relationships as well.

ISTPs don’t like routines or schedules, and will usually resist them if others try to put them in place. This can be a problem in family relationships, as it often takes careful planning to manage the schedules and needs of different members of the family. Anyone who tries to make this type adhere to a schedule will have to be careful to give the ISTP as much freedom as possible, as well as time on their own if they want them to be happy within this kind of organized structure.

Finances and Other Responsibilities

“The ISTP will see it as a necessary part of life and get the chores done quickly so they can go on to more interesting activities.”
Photo by verie woodard on Unsplash

ISTPs usually aren’t very good at taking care of the family’s finances. This type are almost completely present focused, and would much rather be spending their money on something interesting rather than saving it for the future. ISTPs also don’t usually have the attention to detail that’s necessary for the paperwork that usually comes with financial matters, so it’s probably better if someone else in the family takes care of this essential element of family life.

ISTPs are practical people above all things and they’re good at taking care of the day to day demands of life. This means they’ll complete household chores without complaining when necessary, though that doesn’t mean they necessarily enjoy it. Rather the ISTP will see it as a necessary part of life and get the chores done quickly so they can go on to more interesting activities.

Going the Extra Mile in Families

As introverts, ISTPs are usually good listeners. Their natural quietness makes it easy for others to approach them with problems, and ISTPs are usually quite good at giving advice. Although they’re not feeling types, 1 and aren’t overly warm and empathetic, they do have a strongly practical streak which makes them very good at handling everyday life and its concerns and problems. Because of this, ISTPs will often find themselves the preferred confidant for the more practical members of their family who want advice rather than sympathy and support.

ISTPs are also a lot of fun to be around. Although they are introverts, and need a fair bit of time alone, they’re just as happy to be out in the world as some other extravert types. This makes them exciting family members, and they always have ideas and plans for activities. ISTP will expect other family members to have the same interest in life and all its experiences, and will quite happily drag them along on their adventures when needed. This is one of the greatest benefits that ISTPs bring to their family relationships and it’s one that will make the entire family happier and more adventurous.

When ISTPs decide that they’re ready for a long term relationship it doesn’t usually mean they give up on the idea of exploring life. This type needs adventure and novelty to feel happy, and part of the fun of a family is bringing them along for the ride. This makes ISTPs exciting and interesting family members and means that things will never be boring with them around.

Take what might be the world's shortest personality quiz (*). There are only 4 questions and it is absolutely free! For … END_OF_DOCUMENT_TOKEN_TO_BE_REPLACED

One of the favorite sections on our site is this collection of creative and often hilarious charts of each personality type. … END_OF_DOCUMENT_TOKEN_TO_BE_REPLACED