ISTPs are one of the most thoughtful of the personality types and often enjoy academic pursuits. This quiet, practical type watches and listens quietly, and often comes out with amazingly deep ideas that reveal the depth and the power of their analytical abilities, which makes them natural scholars.

ISTPs are practical, concrete people who like to understand how things work. To do this, they need to be hands on, to touch and interact with the things they’re learning about. ISTPs are very kinesthetic learners, which means they need to touch and use things to fully understand them. However, they also use introverted thinking as their dominant function. This function has an amazing ability to take in facts, break them down to their basics, and file them neatly away, and it helps them to succeed in almost any school setting. It also gives them an amazing ability to problem solve quickly and calmly, a trait which serves them well in exams or other settings where they have to show off how much they know to succeed.

“ISTPs also use introverted thinking as their dominant function. This function has an amazing ability to take in facts, break them down to their basics, and file them neatly away, and it helps them to succeed in almost any school setting.”
Photo by Vadim Sherbakov on Unsplash

ISTPs like to learn skills. They have little patience with abstract facts or ideas, and prefer to learn things that they can use in the world. This is actually one of the primary drivers of this type, which is usually why they have so many hobbies and interests. If you look at an ISTPs hobbies and interests, you’ll usually see that each of them teaches the ISTP something different, something they can use, and this is part of what makes ISTPs so good to have around in a crisis. They always have some kind of skill that can help.

ISTPs may fight against the rigid nature of learning institutions, especially during their teenage years. This type uses extraverted sensing as their auxiliary function, which gives them a need for independence and autonomy in order to learn and explore. And the routines and schedules of schools conflict badly with this need. ISTPs are introverts, which means that their rebellions will often be quiet. In fact, they’re more likely to just withdraw completely and continue on with their many hobbies than to show outright signs of discontent. But once they disconnect in this way, it can be very difficult to get them to care once more, and this can sometimes result in the ISTP becoming intolerant of all educational experiences and only interested in leaving and getting on with real life.

ISTPs may also struggle with the way schools function. This type are kinesthetic learners, they need to use the thing they’re learning about to understand it. But the traditional school structure, which demands that students sit quietly and listen, can get in the way of this natural impulse. And ISTPs, with their independent brains, often won’t understand why schools are structured this way when it clearly isn’t helpful for a lot of learners. This can cause them to go their own way, and to lose some trust in the educators around them.

ISTPs have a good memory and the natural ability to analyze things, so they usually do well in academics. They’re also quiet students, which makes them popular with their teachers, and they don’t need a lot of oversight. An ISTP is likely to sit quietly in the corner and finish their work while the rest of the class is throwing things and shouting. They have an ability to create a peaceful little island around themselves and complete their tasks in industrious serenity which serves them well in an often noisy environment.

ISTPs have an unusual relationship to friendships because they’re usually not that interested in connecting with other people. ISTPs prefer to be out in the world, getting things done, and have little patience for other people’s dramas or their needs. This type has very few emotional needs, even when they’re young, and so the drama filled relationships of high school can seem pointless to them. That’s not to say that the ISTP doesn’t have friends in high school. They’re so naturally active that they tend to pick up casual friends as they go along, but they prefer that these friendships don’t impinge on their sense of freedom or their various hobbies. And as long as those criteria are met, ISTPs are happy to spend time with likeminded people as long as they spend it doing active and interesting activities.

Higher Education and the ISTP

ISTPs are practical people and so they need to choose their courses carefully when it comes to higher learning. Although they do use a sensing function, which makes them prefer concrete subjects and ideas, their natural ability to analyze data can cause them to be attracted to more abstract subjects. However, this isn’t usually their natural field of interest and any ISTP who finds themselves attracted to one of the abstract subjects needs to think carefully before they enter into it in the college setting. Chances are, making the wrong choice will just leave them frustrated and make a later change of direction necessary. But when they choose a practical subject that fits better with their concrete natures, ISTPs are usually at the top of their class. Their incredible memories and natural ability to problem solve won’t let it be any other way. 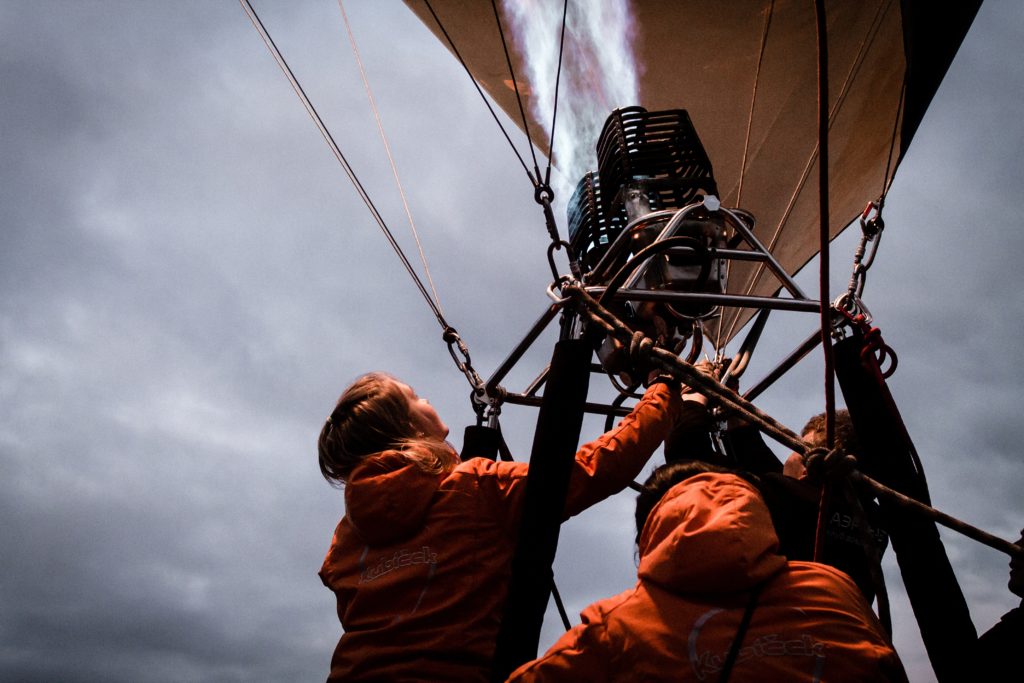 “When they choose a practical subject that fits better with their concrete natures, ISTPs are usually at the top of their class. Their incredible memories and natural ability to problem solve won’t let it be any other way.”
Photo by Xenia Bogarova on Unsplash

ISTPs still struggle in their social lives in the higher education setting but they usually don’t mind. People of this personality type are extremely busy people, they usually have an array of hobbies and ideas and jobs to do and little compulsion to change their routines for other people. This combines with their natural independence and means that ISTPs usually continue their high school patterns of having a lot of casual friends, but few people who really understand and connect to them. And often, this is what ISTPs prefer.

An ISTP usually thrives in whatever environment they find themselves. This is probably in part due to their natural practicality. They know there are some things they simply have to do and so adapt themselves to do it well, but it’s also because of their ability to analyze situations and find workable solutions to any problem they encounter. And in an academic setting, this ability really pays off.

Take what might be the world's shortest personality quiz (*). There are only 4 questions and it is absolutely free! For … END_OF_DOCUMENT_TOKEN_TO_BE_REPLACED

One of the favorite sections on our site is this collection of creative and often hilarious charts of each personality type. … END_OF_DOCUMENT_TOKEN_TO_BE_REPLACED