ESTPs usually fall into familial relationships almost by accident. This personality type doesn’t focus on their relationships, they’re too busy exploring life. Instead, they tend to form their own families almost incidentally, as they go about their busy lives. But once ESTPs do settle into a family, and they have the maturity to understand the value of it, they’re engaged and engaging members of a family who are always up for a new adventure or social interaction.

ESTPs and their Preferred Family Structures

ESTPs aren’t good with long term commitments. Their dominant function is extraverted sensing, which values new things and novelty, and the idea of being in a long term relationship can feel stifling to this type. For this reason, they’re usually fairly open to the idea of unusual family structures such as open relationships or single parent families. ESTPs have to be careful that their openness and dislike for commitment doesn’t hurt other family members who may have more of an attachment to the traditional family structure but go along with what the ESTP wants to avoid conflict.

“ESTPs aren’t good with long term commitments. Their dominant function is extraverted sensing, which values new things and novelty, and the idea of being in a long term relationship can feel stifling to this type. For this reason, they’re usually fairly open to the idea of unusual family structures such as open relationships or single parent families.”
Photo by Dino Reichmuth on Unsplash

ESTPs don’t usually care much for traditional gender roles. They live in the moment and don’t have the strong connection to the past that sometimes gives people an automatic respect for and desire to live by traditional values. ESTPs are logical, rational thinkers, who would rather see the people in their family live and grow as autonomous individuals who are valued for how they really are rather than how the past says they should be. ESTPs value their own autonomy and independence so highly that they usually expect others to hold this value as well.

ESTPs are unlikely to stay in any kind of destructive relationship. They don’t usually suffer from a fear of being alone, in fact they have a natural independence and need for autonomy that means they usually enjoy it, and so will quickly leave a relationship if it becomes unhealthy or restrictive. This isn’t set in stone of course, any personality type can become mired in a bad relationship for one reason or another, but ESTPs are less likely to do so than other types.

ESTPs may actually cause problems within their families because of their intolerance for boredom. ESTPs like to be out and doing things, they like to have a constant stream of novelty in their lives and in their relationships. Because of these traits, they can be fairly indifferent to relationships and emotional connections, and may just pack up and leave without notice if they get bored or restless. This tendency has given the ESTP a bit of a reputation for loving and leaving in relationships. And if they repeat this behavior once a relationship has turned into a family, it can cause a lot of turmoil and pain for everyone involved. That’s why ESTPs need to think carefully before they allow themselves to become part of a family. They have to be absolutely certain that it’s what they want, and that they’re mature enough to understand that you can’t just leave a family when things aren’t great, you need to work on the problem.

As parents and as partners, ESTPs prefer to keep things fairly flexible and open to new possibilities. They don’t like routine and will not be the type to plan a family schedule down to the last minute. And if other people in the family do set out a schedule like this, ESTPs will usually be the first to ignore it. This can make ESTPs seem a little undependable, and in fact they can be, but they’ll also be an enthusiastic part of someone else’s plans if they promise lots of activities and socializing. 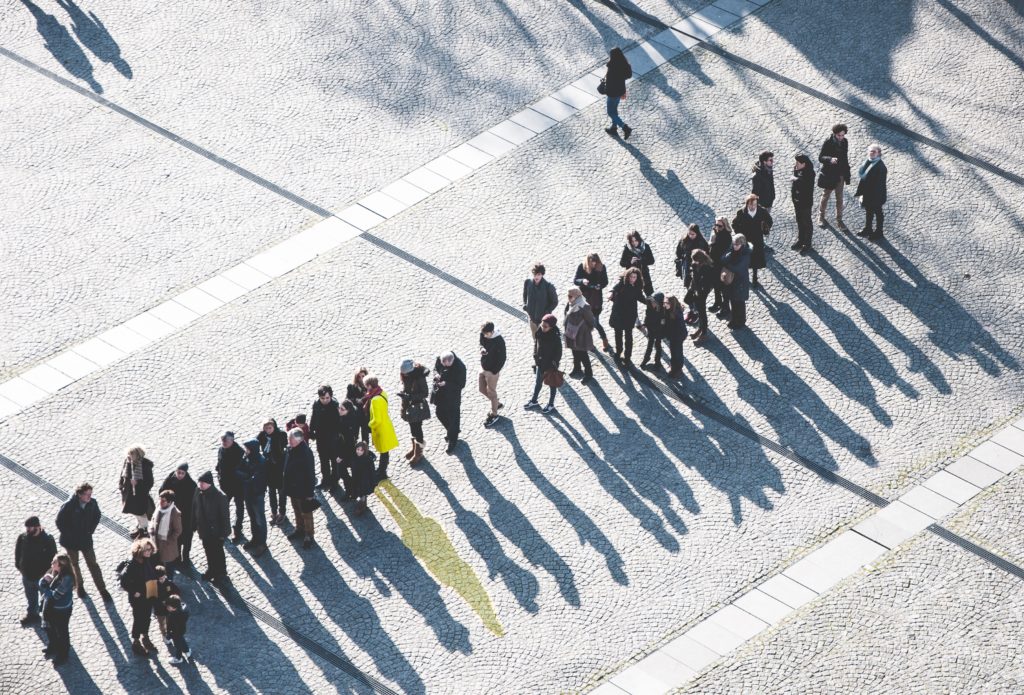 “ESTPs don’t like routine and will not be the type to plan a family schedule down to the last minute. And if other people in the family do set out a schedule like this, ESTPs will usually be the first to ignore it.”
Photo by Paul Dufour on Unsplash

Finances and other Responsibilities

The ESTP relationship with money can be a bit hit or miss. They’re usually very good at making money, because they’re natural socializers who do well in a work setting. However, they’re not really detail orientated people or long term planners. ESTPs prefer to live for the moment, and the idea of planning and implementing a financial plan in detail can seem deathly boring to this type. ESTPs usually prefer to use their money to make their lives better, spending it on their many activities or adventures or buying gifts for their loved ones. And this kind of thinking may make people happy in the short term, but cause long term financial problems.

As part of a household, ESTPs will probably balk at the idea of performing household chores on a daily basis. They’re usually quite happy to leave the house messy if it means they can go out and actually do something fun. ESTPs will probably get to their household chores last, when they absolutely have to do them, and this natural untidiness probably won’t change no matter how much it frustrates other family members.

ESTPs may struggle with making strong emotional connections with other members of their family. They lack emotional intelligence and prefer extraverted sensing to be in action rather than talk about their feelings. In fact, ESTPs are famous for their blunt and practical point of view on problems. This usually doesn’t endear them to family members during a crisis. ESTPs prefer to talk rationally and unemotionally about a problem and struggle to give emotional support, so any family member looking for emotional comfort will probably have to go somewhere else to get it.

“ESTPs are famous for their blunt and practical point of view on problems. This usually doesn’t endear them to family members during a crisis.”
Photo by Sneaky Elbow on Unsplash

Though ESTPs aren’t good at giving emotional support, they bring other gifts to a family. ESTPs are incredibly active people, who always have a lot going on and like to be in the middle of any social gathering or interesting activity. This means that they’ll always be up for an adventure or a trip to a new place, and if there isn’t one planned, they’ll be totally happy to take that role. With an ESTP around, the family’s life will never be boring, instead it will be filled with exploration and the thrill of new things.

ESTPs aren’t usually the type who go looking for a relationship or who think about making their own family. They’re usually too busy exploring the world and enjoying a variety of interests and activities. But that doesn’t mean that they don’t make fun and interesting family members, who bring their own gifts to their familial relationships. And ESTPs who do find themselves part of a family will probably surprise themselves with how much they enjoy having loved ones close by for when they want company on one of their many adventures.

Take what might be the world's shortest personality quiz (*). There are only 4 questions and it is absolutely free! For … END_OF_DOCUMENT_TOKEN_TO_BE_REPLACED

One of the favorite sections on our site is this collection of creative and often hilarious charts of each personality type. … END_OF_DOCUMENT_TOKEN_TO_BE_REPLACED