ESTJs often see parenting as a job, something that’s difficult and will involve struggle, and they usually consider themselves to be up for the challenge. For this type, parenting is more about teaching their children the ways of the world and preparing them for independence than actually enjoying their children. This can make them fairly distant parents unless they’ve gained the emotional intelligence to break through this thinking and connect more authentically more deeply with their children.

ESTJs consider parenting to be one of the biggest responsibilities they will ever take on. They also consider it to be a difficult task, with the end result being to produce a productive member of society, but usually look forward to the challenge. An ESTJ will require a lot from their children, all of it with the goal of creating model citizens who contribute to society in any way they can. To this end, ESTJs will be strict parents who offer a great deal of physical and mental stability but may struggle to provide any kind of emotional stability or support. Which is why they usually do better when their partner is more emotionally aware and can give their children the empathy and warmth they need.

“ESTJs consider parenting to be one of the biggest responsibilities they will ever take on. They also consider it to be a difficult task, with the end result being to produce a productive member of society, but usually look forward to the challenge.”
Photo by Daniel Cheung on Unsplash

ESTJs are very strict parents. They hold tightly to traditional values of parenthood and will often be the stereotype of a parent from a previous time, strict and uncompromising. They expect and demand respect and obedience from their children and can easily become overbearing with this. Their reliance on rules and old values can make this type intolerant towards anything that challenges the rules and structures they’ve put into place. This will become more of a problem as their children grow and start to challenge the rules and many ESTJs struggle at this stage and end up trying harder to enforce their rules, which just ends up pushing their children further away.

The ESTJ and Emotional Support

ESTJs are not very good at giving emotional support. They’re not emotionally aware themselves because they use extraverted thinking as their dominant function. This function likes to get things done and tends to see people as resources in a system. When the ESTJ has an end result in mind, they’ll calculate what everyone around them needs to do to get that outcome and won’t always take into consideration the emotional needs of the people involved.

This tendency applies strongly to their children. ESTJs want to produce respectful children who are productive members of society, and this is a laudable goal. However, their methods to bring this about can be too harsh and inflexible for sensitive children or fail to take their wishes and needs into account. If an ESTJ finds themselves in conflict with their children, they need to stop and ask themselves if this is what they’re doing, and if there’s a better way to get the end result they want.

ESTJs have high expectations for their children and won’t be shy about voicing them. They’re likely to insist that their children take part in lots of different activities that will benefit them in some way and will consider it part of their responsibility to ensure that those commitments get met. To this end, they will do their part to keep their children active and involved.

This kind of scheduling can be stifling to some types though, as the ESTJ parent won’t encourage spontaneity or creativity, and are likely to want a rational accounting of all the hours of their children’s waking hours. As very small children, this rigidity will likely make their household very peaceful and ordered, but as children get older it will probably cause problems and rebellions that the ESFJ struggles to understand and adjust to. 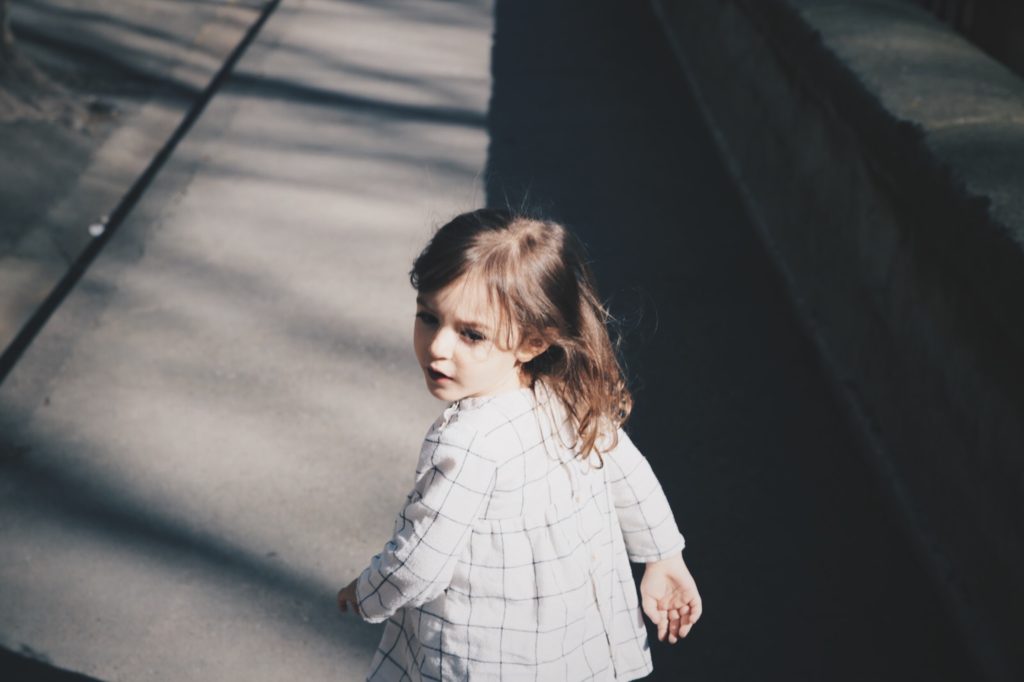 “As very small children, the ESTJ parent’s rigidity will likely make their household very peaceful and ordered, but as children get older it will probably cause problems and rebellions that the ESFJ struggles to understand and adjust to.”
Photo by Caroline Hernandez on Unsplash

The ESTJ and SJ Children

An SJ child will feel very secure with an ESTJ parent. They offer the security and stability that SPs need to feel secure and because they share the traditional view of parent child roles, there will be little rebellion from this type. An SJ child will also share their practical, organized view of the world and will easily fit into the mold that an ESTJ sets for them.

The ESTJ and SP Children

As SP children grow they will usually rebel against their ESTJ parent. This type likes freedom to explore, they actually need this to grow, and the rigid expectations and schedules of an ESTJ parent can feel like chains. ESTJ parents will struggle to understand the needs of this type or their desire to keep their options open in order to better explore and experience. As a result of this, once a SP child hits the teenage years there will be a lot of conflict in this relationship and it probably won’t ebb once they move out of this troubled time. An ESTJ will always struggle to understand the needs and desires of SP types and it’s only with time and patience that these types will learn to connect again.

The ESTJ and NF Children

The parent child relationship between an ESTJ and an NF child will often be difficult. NF children are extremely sensitive to criticism and ESTJ parents won’t always understand that. ESTJs don’t have very good communication skills, they prefer blunt honesty above all else and this applies to criticism as well. To an ESTJ, taking criticism is the way you learn and grow, and they’ll offer it whenever they see something they don’t like in their child. To an NF, this can feel like a personal attack no matter how good the motivation. ESTJs also won’t understand how the NF makes decisions, and will try to push them into a more rational mold. This creates a very unnatural example for the NF to learn from and can even stunt their natural abilities and way of seeing the world. An ESTJ parent with an NF child needs to be very careful or risk completely alienating and even damaging them.

The ESTJ and NT Children

ESTJs will probably have an unspoken understanding with their NT children. There are serious differences between these types. ESTJs are present focused, concrete thinkers where NTs are usually future focused and abstract, but the shared thinking function can overcome a lot of misunderstandings. As an NT child grows, they will be able to understand their ESTJ parents rational thinking even if they don’t agree, and they’ll approach any difficulties between them with logical arguments. This may not always work, ESTJs don’t often tolerate insubordination, but the NTs reliance on logic rather than emotion will probably impress the ESTJ enough that they’ll consider their complaints or suggestions.

The ESTJ isn’t always the warmest or most accessible parent in the world but they offer a stable household that provides a solid foundation for their children to grow and learn in safety. This type does need to learn to be a bit more flexible as their children grow or risk a lot of fights, but the strong values they teach their children can be of great benefit to them as they go out into the world.

Take what might be the world's shortest personality quiz (*). There are only 4 questions and it is absolutely free! For … END_OF_DOCUMENT_TOKEN_TO_BE_REPLACED

One of the favorite sections on our site is this collection of creative and often hilarious charts of each personality type. … END_OF_DOCUMENT_TOKEN_TO_BE_REPLACED